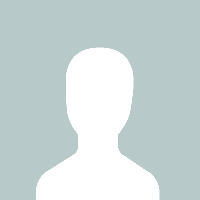 Mass started at 5:30pm. Such beautiful reverence from all the pilgrims around us during Mass. The Archbishops of Panama's homily was great. He said that Mary has been given to us as a model of bravery and courage. He also asked us to keep freeing oourselves of the things that tie us down and keep us from being Christian. Of course we heard this all through English translation on our little radios. It seemed though that majority of the pilgrims around us were from Central or South America and could understand everything going on. The sign of peace was a special moment and myself and Em got a bit teary. For as far as the eye could see everyone was turning to complete strangers and giving them handsl shakes and hugs. Such beautiful friendships at world youth day with no reservations. Mass finished and we ventured through the massive crowds back to our hotel. It was a relatively short walk and we managed to freshen up in our rooms before grabbing dinner. We were all white ravenous. Em, Maddie and I settled on getting Wendy's which was a nice fast decision.we then grabbed a Mcflurru from Mcdonalds to take back to our hotel and relaxed by the pool. The most exciting part of the evening was realising we'd get a full 8 hours sleep to prepare for tomorrow!